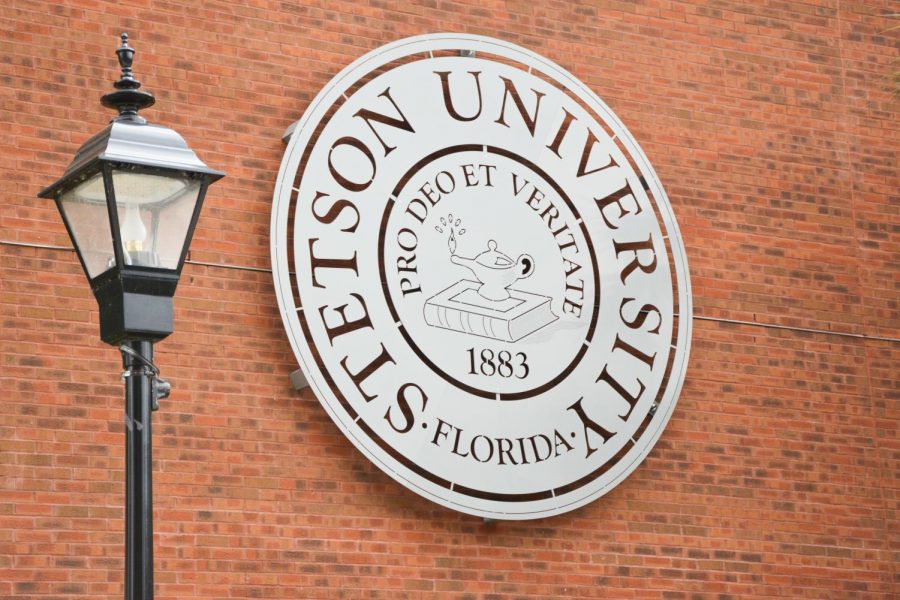 Where did it come from and what will it do for us?

Now that we have seen the elusive Stetson Promise advertised three times in the past two months in Stetson Today, we finally have more details on what the plan actually entails. On April 5, 2019, the “new academic opportunity” was laid out in fuller detail than ever before, and something that for months existed only in rumors now has a concrete structure and layout.

Now, before we get ahead of ourselves–what is a promise? College signature programs are a relatively new phenomenon within the realm of higher education designed to provide a specialized experience for four year programs that incentivises higher retention and graduation rates. In theory.

According to a March 2018 article published in The Chronicle of Higher Education, “distinctive” or “signature” programs amount to what is essentially “a commitment to make sure that all students benefit equally from data-proven, high-impact learning experiences like first-year seminars and undergraduate research; intensive, personalized academic advising; and internships and other real-world, off-campus opportunities.”

Especially appealing to smaller universities, the signature programs we are seeing now, including the Stetson Promise, base themselves largely upon a program called “Summit,” a plan unveiled in March of 2015 by Agnes Scott College, a small, private, liberal arts women’s college in Decatur, Georgia. The Summit program was introduced via Agnes Scott’s YouTube channel, which described it as a guided experience in which students design “an individualized course of study and co-curricular experiences that develop leadership abilities and understanding of complex global dynamics.” One commenter described the program as “revolutionary.”

They were right. In 2017, the Summit program won the “Transformation Award” from the American Council on Education and Fidelity Investments, and dozens of small colleges have now been taking from its example to create signature programs of their own. What is important to note here is that, despite the program’s revolutionary nature and intentions, retention at Agnes Scott College has actually fallen, from 82 percent in 2013-2014, the year before Summit was introduced, to 79 percent for the class of 2021. Signature programs are, effectively, just one in a long series of prescriptions to solve the college closure crisis of the 20-teens.

A recent analysis of federal data carried out by Michael Vasquez and Dan Bauman shows that “in the last five years, about half a million students have been displaced by college closures, which together shuttered more than 1,200 campuses.” Divided out, this means that around 20 college campus close each month. Although a majority of closures have been of for-profit universities, it is important to note that according to compiled data from The National Center for Education Statistics and the Federal Student Aid Office, 15 percent were private non-profits. This means that 180 private non-profit schools have closed in the last five years. From their closures, 80,000 students were displaced.

In 2018 alone, 218 college and university campuses closed. Of these, 31 were private non-profits, and of these, four were in Florida.

Is Stetson at risk? Why has it chosen to implement the Stetson Promise, and how exactly does this program benefit the university and its students? Many are skeptical that signature programs are actually a worthwhile investment, including Oglethorpe University’s president Lawrence M. Schall and Mary B. Marcy, the president of Dominican University of California, who argue instead that “presidents need instead to double down on basics–like controlling costs,” and that it is important to focus on building revenue and enrollment by other means in order to support the signature program in its infancy, as it is unlikely to succeed without defining features and a financial foundation upon which to build itself.

The Stetson Promise, according to the Stetson website, at a surface level guarantees three things: graduating in four years or less, the availability of internships, faculty-student research, senior research, public performance, and study abroad (“all the ways that Stetson helps you put theory to practice,”) and participation in “distinctive academic programs with great faculty.” If you are a student of the incoming class you can now sign up for it through your MyStetson. Also, good on you for reading this. You’re early to the Stetson party.

There is, of course, far more to the Promise, and an extensive FAQ accompanies the general description of the program. From this, the Stetson Promise further distinguishes itself from other signature programs, defining itself as, essentially, a back-up plan. If you, the student, hold up your end of the bargain, which is doing everything in your power to graduate within four years, Stetson will reward you if you are unable to do so, “through no fault of your own,” by covering the cost of tuition “for the classes required to complete your degree, up to one full semester or until you meet graduation requirements for your major.”

In theory, the plan is relatively flexible, and works with students of all disciplines.

Nothing is necessarily wrong with the Stetson Promise. However, a Data Point report by the U.S. Department of Education published in December of 2017 indicates that one third or more of bachelor’s degree seeking students that declare a major within three years of entering a program change their major at least once. One tenth change their major two times or more. This spring, 1.9 million bachelor’s degrees will be conferred by colleges and universities to graduating students. Somewhere between 630,000 and 670,000 of these students changed their major at least once. At Stetson, which has around 3100 undergraduate students, these numbers will look incredibly different.

In 2015, my class came into Stetson as the largest in history. Over 1,000 First Time in College (FTIC) students, along with around 100 transfers stampeded Stetson’s campus on August 17, 2015. Based on the most recent calculation of Stetson’s four year graduation rate, which according to public record sits around 56 percent as of 2013, about 615 students will be graduating alongside me in May. I got in touch with the Director of Institutional Research and Effectiveness at Stetson, Angela Henderson, to figure out how many of these students changed their majors.

In a chart, she explained to me that of 981 students who entered Stetson University in the fall of 2018, 39.6 percent, or around 388 students, changed their majors at least once at some point. Broken down by year, a majority of these students, 20 percent, had changed their major during their second year of college. This remains consistent for classes, or cohorts, that came in both before and after my own.

Although this data does not tell the whole story, it does effectively demonstrate that one fifth of students or more may become ineligible for the Stetson Promise during their time at Stetson, forfeiting the perceived benefits in their own search for the major and academic path that best suit them.

So–how does the Stetson Promise benefit us? More than actually providing students with tangible benefits, the Stetson Promise seems to be working toward enforcing consistency around advising, creating tangible consequences for underperforming advisers. Previously, it was difficult to connect the academic shortcomings of a student with the poor work or lacking attentiveness of an adviser. Rather than acting as a rewards system for a student, the Stetson Promise instead creates a security net for students wronged by a multifaceted, slippery system that has so many moving parts that it is often difficult to hold any one part accountable.

While I was still a Discovery student, I didn’t feel that my adviser liked me, mostly because I had little interest in their area of expertise. Admittedly, I was a demotivated student who lacked direction, but given the resources I may have been able to shine and begun to prosper far earlier in my college career. Instead, I felt pressured to leave the Discovery program under little guidance with no point of contact. It is difficult to say that my academic path would have greatly differed under an adviser more open to exploring my needs and the options available to me, but I truly believe that the advising experience plays an enormous role in the initial success of a student. However, I also know that no adviser advises in the same way, leaving some advisees well prepared, while others are lost, confused, and grasping at straws as they face an uncertain academic future.

The problem here is again, a lack of consistency. How and why does poor advising occur? Well, there isn’t actually a mechanism in place to train faculty and staff to serve in an advising role. Therefore, unprepared for the responsibility, everyone takes it in a totally different direction, some directions great, others not so much. In addition to a lack of formal training, the advising system carries with it no incentive. There is no reward for good advising, and no punishment for bad advising. If an adviser is not good, it is more likely that a student will switch advisers than that the adviser will actually be held accountable for their poor work, which in addition to being surface-level troublesome, unfairly and unevenly distributes the advising load to disproportionately weigh on other faculty members’ shoulders.

So–will the Stetson Promise live up to the expectation of a signature program, bettering retention, enrollment, and long-term success of the university? In my own opinion, no. It simply does not provide anything unique in terms of what the Stetson experience already is.

Almost everyone I know is graduating in four years or less, has participated in an internship, senior research, or study abroad experience, and has the exact same access to faculty and “distinctive academic programs” without the ability to commit to the Stetson Promise, and at its core this is all the Promise truly intends to provide. Based on my own perception, it seems rare that a student does not graduate in four years “through no fault of their own,” as changing majors, declaring additional majors, and the other usual suspects in additional time spent completing an undergraduate degree can all be placed squarely within the realm of being the student’s fault. This term can be as broadly or narrowly applied as is convenient, adding to the issue of figuring out how exactly the Stetson Promise plans to offer students more than they already have.

However, the one clear benefit of the implementation of this signature program is one less tangible and less obvious to the general student body, which is bringing with it a connection between a student’s failure to graduate within four years and the underperformance of their respective adviser, should that connection exist.