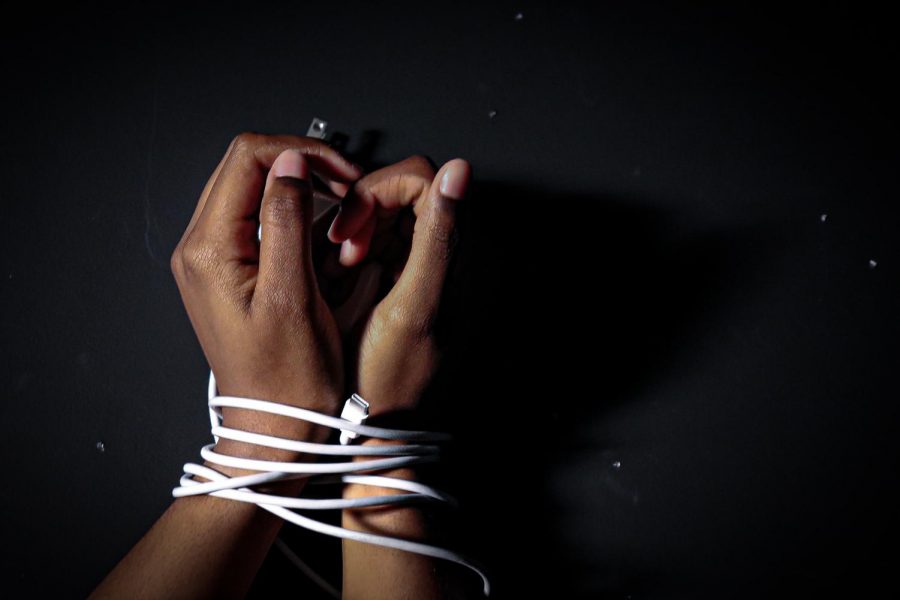 Our Vision of Ourselves: At the Hands of Social Media

Social media is a huge part of our everyday lives. But have you ever thought about the way it can make you view yourself?

Take one look at your Instagram feed and you may come back feeling worse about yourself than you did two minutes ago. In a world now consumed by social media, we live in a “comparison culture.” Except we’re comparing ourselves to something unattainable, not because we’re not good enough, but because the filtered photos we compare ourselves to never met the set standards to begin with. And it’s only getting worse.

In this social media driven society, it’s almost impossible not to compare yourself to someone else. Social media usage is at an all time high and our tendencies to compare ourselves to others on these platforms will only increase; the use of social media isn’t going away anytime soon. The moment we scroll through our Instagram and Twitter feeds or Snapchat stories, we’re bombarded with photos of lives we wish we could live, people we wish we could be, bodies we wish we could have. We judge our worth by likes and followers that make us feel validated—when we shouldn’t need them in the first place—and it has serious consequences.

We idolize unattainable standards, and in doing so, internalize a comparison mindset, rarely feeling better about ourselves. No one enjoys feeling like they aren’t good enough, but that’s exactly the result that we’re creating. And it’s not just the act of seeing others’ photos. When we decide only to post the photos or updates that we think make us appear better than we actually feel, we’re then perpetuating lower self-esteem and body image concerns. It becomes impossible to not compare ourselves and try to reach those standards that we feel we have to meet.

You could call it a toxic mirror. In the process of comparing ourselves to others, we lose confidence in ourselves. The strains of social media can run deep and it can take a toll on your body confidence, and even our mental health. It results in an obsession for thinness, flawless light skin, and a body that no one really has. A huge portion of what we see on social media encompasses so few of us. For those of us who don’t fit into these categories, how are we supposed to feel about our bodies when we don’t align with what we see all of the time? In feeling like we don’t meet these expectations or fit the ideal of beauty according to social media, it leads to an endless and toxic cycle.

There is plenty of research to back this up as well. The National Eating Disorder Collaboration points out that “Research shows that there is a link between spending more time on social media platforms or engaging with more appearance-related content (e.g., images) on social media and greater body image concerns and disordered eating among young men and women.” This makes perfect sense because the more we expose ourselves to this “appearance-related content,” it becomes almost impossible not to then compare this to ourselves and how we wish you could be. In the UK, according to the Mental Health Foundation as of 2019, “Just over one in five [UK] adults (22%) and 40% of teenagers said images on social media caused them to worry about their body image.”

We’re seeing a pattern here. Body dissatisfaction comes as a result of social media, and we feel the need to hold our bodies to standards set by these platforms. But it’s not just viewing these photos and images. According to a study conducted by the University of Kentucky and reported by phys.org, as of 2018, “Teens who reported posting more pictures on social media had a heightened awareness of their appearance, which was related to feeling more negative about their body.” As previously mentioned, our tendency to post solely the pictures that we think we look best in can have damaging effects as well. By posting these photos, we look for approval and validation that we don’t feel ourselves. Just because we’re posting them doesn’t mean we’re happy with what we see. In reality, we’re only creating a false sense of how we want to feel, when really, we’re only more unsatisfied with our body image.

This social media society is only continuing to grow as time goes on, and it’s hard to break a cycle that is so ingrained within society. I’m not sure that anyone is an exception to this comparison culture, myself included. It’s hard to change a mindset, but we can try to stop measuring ourselves against others and accept ourselves the way we are. So even though it may seem difficult, there are things we can do as individuals to reduce how much we’re comparing ourselves to others on social media.

Ground yourself. We can think about the things we love and appreciate about our lives. Truly take some time to consider why we think we aren’t good enough or why we’re comparing ourselves in the first place, because when we do, we’ll find that we shouldn’t have to. When we recognize all of the things in our lives that we’re grateful for, it takes the focus away from the things we may not like about ourselves. Not only that, but we have no idea what others are going through offline. These people you see all over social media may appear to have all of these things, when really they’re probably sharing many of the same insecurities. So a positive mindset can make the world of a difference.

I read a great piece of advice somewhere. “Stop scrolling and start living.” Maybe the best way to stop this comparison culture is by getting rid of it altogether, and if not altogether, then little by little. Limit the time you spend scrolling through Instagram or Snapchat. Limit the posts you see, or unfollow the accounts that you follow of the bodies and lives that seem to spark those comparisons for you. When we stop comparing ourselves, I think we’ll find much more value and happiness in our lives. We’re constantly presented with unrealistic beauty standards in the form of social media posts, judging ourselves to be worse than what we see. But they’re unrealistic standards for a reason, because in reality, we don’t need to compare ourselves against others. I know—easier said than done. But how we view ourselves and our bodies is entirely up to us. It’s not for anyone else to determine if we’re good enough or not, because at the end of the day we’re more than the reflections of the toxic mirrors that we see through our screens.