Blood in the Water

The Dark History of DeLeon Springs 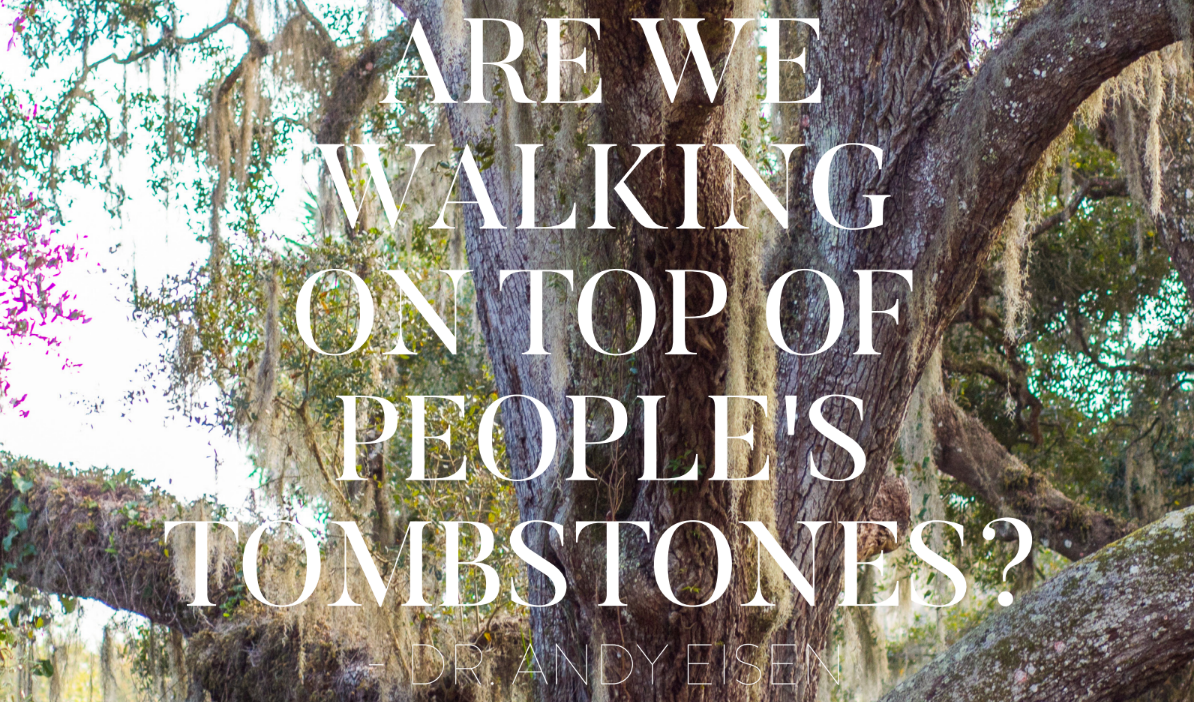 Upon entering DeLeon Springs, people flocked around the Sugar Mill Restaurant. People come to enjoy making their own pancakes inside a replica of the old Sugar Mill that once stood there as well as the natural amenities. But little do people know, it was once the Spring Garden Plantation, having one of the highest numbers of slaves in the state of Florida. It is only located fifteen minutes away from campus. I found myself there as a part of Dr. Andy Eisen’s tour discussing its dark past.

When visiting, I noticed very little of that history acknowledged on the grounds of the state park. The Visitor Center focuses mostly on the white tourism since the opening of the park. There are also displays on the natural ecosystem and brief histories of the plantation itself, as well as the riot by the Seminoles on the plantation during the Second Seminole War.

These displays leave out a lot of the narratives of what truly took place on this former plantation. It does not accurately portray the lives of those who were enslaved and had died there, with or without eventually gaining their freedom. It is difficult to portray 6,000 years worth of park history, especially the history of Florida’s occupation by different nations, all within a small, one-room center. Dr. Eisen suggested to the class that much of the history is compiled together by amateurs who are interested in the history. Unlike in federal parks, little funding is given to state parks to accurately portray and research the history of the park. Dr. Eisen as an academic felt an interest in researching the Spring Garden Plantation.

After sharing his research with his students in the Community Education Program (CEP), which helps incarcerated students from the Tomoka Correctional Institutional earn Stetson credits, the students felt inspired to extend upon his research in order to provide a “fuller representation” of the history of DeLeon Springs. Giving this connotation to their lives not only brings us closer to reconciling with the past, but also brings us closer to understanding the truth.

The CEP students do all of their research in the prison, which is tricky without access to the internet. The students transcribed photocopies of documents that were found on online databases. Notably, one document uncovered the names of 200 enslaved people, describing the movement of enslaved people from plantations in South Carolina to Savannah and then to the Spring Garden Plantation. This showed the narrative of families that had been broken up through this horrible institution of slavery.

The CEP students recently submitted their first paper for publication online at the Journal for American History and created a blog post on their research. Dr. Eisen and the CEP students are also creating a public exhibit that will be available locally and nationally to present the truth behind the Spring Garden Plantation.

What is Shown, What is Not Shown

Dr. Eisen brought his students in the course “Immigration, Race, and Ethnicity in American History: 1600 to Present” to DeLeon Springs for an assignment and powerful lecture. The goal for students was to see “what is shown, what is not shown” inside the park and to learn how to best commemorate the lives of those who were once enslaved there. They looked specifically at the language in the exhibits throughout the park. Focus was placed on looking at the language to see “who is writing it and how well they are writing it.”

Many narratives of slaves were lost throughout time. Little is known about those who were enslaved on plantations. During his lecture, Dr. Eisen explained that “we know more about shipmasters than sailors, more on ship crew than slaves.” This was reflected in the exhibit. A student noted that there was more information on Andrew Jackson than there was on slavery. Parts of history are forgotten in the exhibit, Dr. Eisen noted. “There is nothing shown on the Jim Crow past… it is ironic that this plantation turned into a white tourist trap.”

In speaking of slaves, there is more of a focus on the products that the enslaved people created, such as sugarcane and cotton, rather than details about their personal lives outside of the labor they produced. There is also little shown of the truth from the Seminole Revolt on the Spring Garden Plantation, that happened during the Second Seminole War. Some of those involved in the revolt were Black Seminoles or slaves. Freed slaves destroyed the plantation and threw the machinery into the water. Dr. Eisen described this as a narrative that shows the “histories of black freedom.” He stated that is arguably “one of the largest slave revolts” in American history.

There is still a lot that is unknown. It is unknown where the slave’s quarters were or where they were buried. Visitors to the springs are very possibly walking on top of the graves of those who suffered long ago. 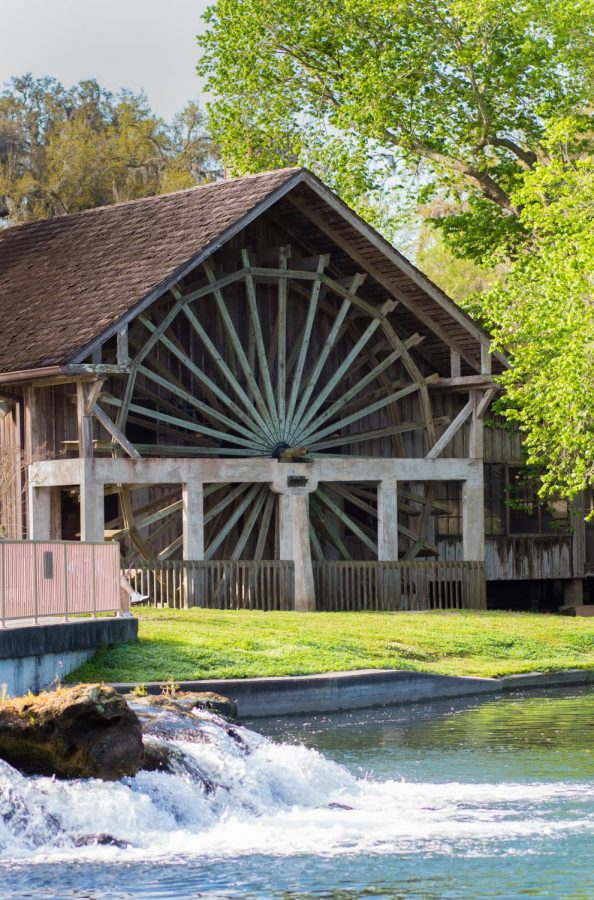 The field trip concluded with student reflections with Dr. Eisen along a trail, away from the main area of the park. The trail was “more like how the plantation was.” Dr. Eisen began speaking about the research that he and the CEP students had collected, resulting in so many slave names revealed that had been lost.

He asked for the thoughts of the students on the portrayal of those who were enslaved. Many of the students felt that it was inadequate. Some suggested shifting the image of the park, while others suggested expanding the Visitor Center into a museum. Many felt that there was too much on the “white history” and the natural environment of the springs, which focused “more on the positive than the negative.” These students suggested that the information portrayed should be more engaging to grab the attention of those who are coming to the springs for entertainment or the make-your-own pancakes. But most importantly, these students believe that more effort should be put into discovering the lives of those who were enslaved, educating the public about them, and starting the effort to reconcile with the past.

Izzy Albert, a Stetson student, stated, “A lot of black people want to connect and get together and understand our history. Places like this should be a place for that.” She continued to argue that the evils of slavery should be revealed to those at the park. “Something that dark should not be hidden.”

After the students were able to voice their beliefs of the positive change needed, the reflection ended with a solemn moment. The work that the CEP students and Dr. Eisen had collaborated on was able to live on once again in DeLeon Springs as students had the opportunity to read the names aloud of those who had once been enslaved at Spring Garden Plantation. Other members of the group listened on in quiet, the names seemed to drift with the breeze in the old oak trees along the pathway. These names could live on once again, now remembered, in hopes that we can reconcile them with the pain they suffered in the past.

One Response to “Blood in the Water”