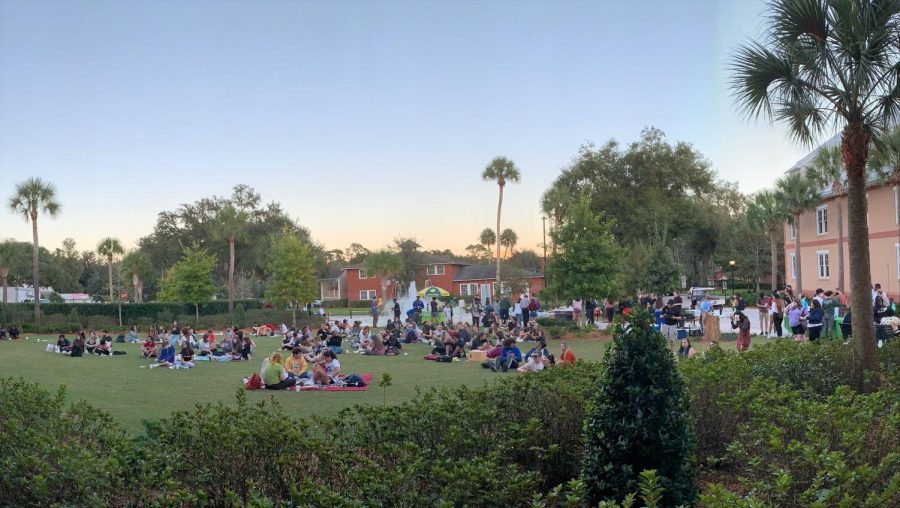 After almost two years of campus life during the pandemic, this year the university was able to host some of our traditional gatherings for Stetson Homecoming in-person. With a wonderful week-long tradition over the years, this year the student music festival made its debut on Nov. 2 from 5-7 p.m. on Libby Lawn and turned out to be a success.

The festival featured amazing students who showed off their talents to the Stetson community. Jackie Tawil-Brown took the stage as the first performer to kick off the festival and sang a song full of musical theatre elements to it. Tawil-Brown rocked the opening of the festival with her wonderful voice and shared it with all of the Hatters present. Jodiann Taylor, the second performer, not only had a great voice, but could also play piano. Performing a song that was personal to her, you could tell that she sang it from her heart.

As the festival went on with amazing and talented students, the host got in on the act and she gave us a little taste of opera. As she sang her way through the music, the audience fell in love  with her voice and how talented she was. Kaylan Hernandez took the stage next with another opera performance, however, she gave us a little twist and added some acting in it, giving an opera theatre performance that earned a standing ovation from the audience. The final performer was another music student who gave a show with her flute, and with her beautiful musicality, it was a great way to end the festival.

Hearing and watching some of our talented students take the stage during homecoming week was a treat amid these challenging times. All of the performers had incredible talents and put a lot of effort into sharing those talents with us. The event brought many Hatters out for a gathering where we could enjoy the live music and talent within our community.