“An Ember in the Ashes” Rekindled My Love For Fantasy Novels 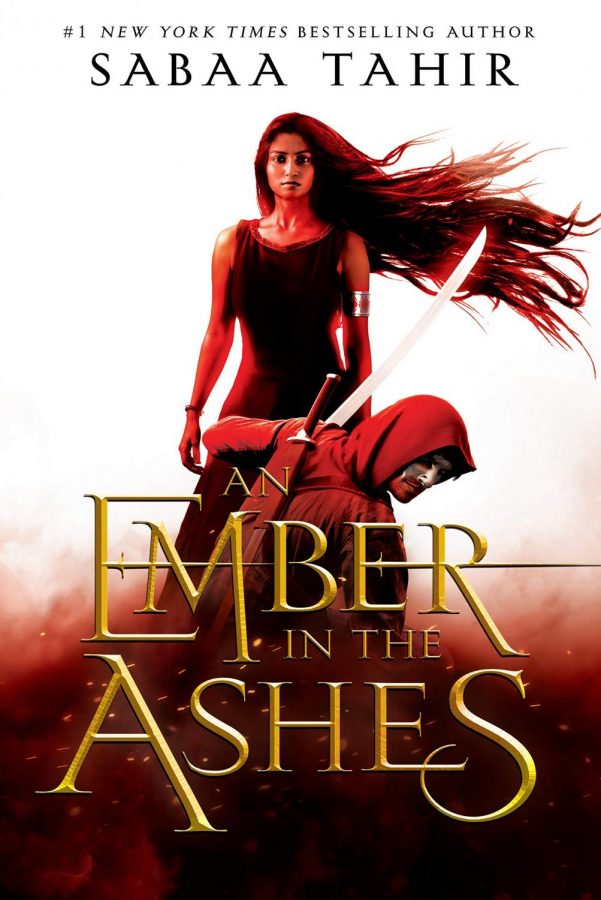 If you were one of those kids who went through fantasy books like they were fresh-out-of-the-oven Krispy Kreme donuts, this series might be for you.

As a sophomore English major, I don’t usually find the time to read anything other than academic assignments. So when I stumbled across Sabaa Tahir’s “An Ember in the Ashes” this winter break, I assumed I wouldn’t even finish it until April at the earliest. I’ve gotten into the habit of collecting books that I want to read and leaving them on my shelf for when I have the time to enjoy them.

Newsflash: I haven’t had that kind of time since middle school.

Surprisingly enough, it took me all of two weeks to finish Tahir’s first book. After I was thoroughly lost in the world she had created and the characters that charmed me in a matter of chapters, I promptly found the rest of the series and dropped an embarrassing amount of money on new editions.

This series will thrill anyone looking for a nice escape as we move into the second year of the pandemic.

The book follows main characters Laia and Elias through their intriguing coming of age storylines in an exciting world of Tahir’s creation, with a brewing war among the humans and the magical creatures. There are five main groups of humans in this world: the Martials, the Scholars, the Tribesmen, the Mariners, and the Karkauns. The story surrounds the conflict between the Scholars and the Martials and the consequences of power-hungry individuals.

Tahir uses this world and these characters not only to entertain readers with a love story, which is—of course— a focal point but also writes about the relationships between the groups of humans as a metaphor for our own societies. She doesn’t shy away from injustices such as racism (which takes place in the form of groups against each other, not simply based on skin color), homophobia, and classism.

While fantasy and romance are some main aspects of the series, social commentary takes priority during most of the books. The relationships between the Martial colonizers and the Scholar slaves work as a driving force for the conflict that the series is based on.

This series does an amazing job of giving representation to those individuals who don’t usually receive as much. Most of the main characters are insinuated to be people of color, but since the races in our society don’t match theirs, it’s a little more ambiguous.

While their LGBTQ representation was a bit lacking in my opinion, it had more to give than most other YA novels. For the most part, to find a good LGBTQ storyline, you have to go online or search for very specific sections of a bookstore, and most of those sections just have autobiographies or non-fiction self-help books. While there are definitely more books popping up about LGBTQ individualsーsome even having main characters and entire storylines surrounding themーmore often than not, authors simply don’t bother or insinuate it in interviews afterward (*cough* J.K. Rowling *cough, cough*).

Tahir, however, has at least one ongoing side character, Dex, whose sexuality we get to follow along with through all four books. He even has his own romantic encounter eventually. She also has another character who unfortunately suffered the fate of the “bury your gays” trope. She’s only introduced as background for another character, but her sexuality is mentioned as the reason for her demise. But it can almost be forgiven for the fact that this series deals a lot of death to many different people, so it didn’t come with much surprise.

What drew me to continue this series after the first book was not only the characters and how enticing the plot was, but also how it was threaded with an interesting ideology. Tahir uses this fictional world to mirror our own in certain ways that won’t go unnoticed. It’s interesting seeing how, even in different circumstances and with the aid of magic, people still find ways to tear each other apart. But then, they also find ways to pull together.

In Tahir’s world, there are magical creatures of myth and individuals who have unlocked magic within themselves. Above that, there are characters who have prophetic powers and even immortality. You would think in a universe where such things are possible, the people wouldn’t be as insistent on holding greed and power above other values, such as life and freedom. But this series shows, through a complex history and an epic journey, that humans and their shortcomings remain the same. It also holds fast to the idea that human life still matters, even if it can’t help but cause destruction.

“An Ember in the Ashes” is the first book in a four-part series. The final book came out recently in Dec. of 2020, so there won’t be any waiting in anticipation for the next volume, and the series proved to be a good way to step away from our own crumbling society for a moment.