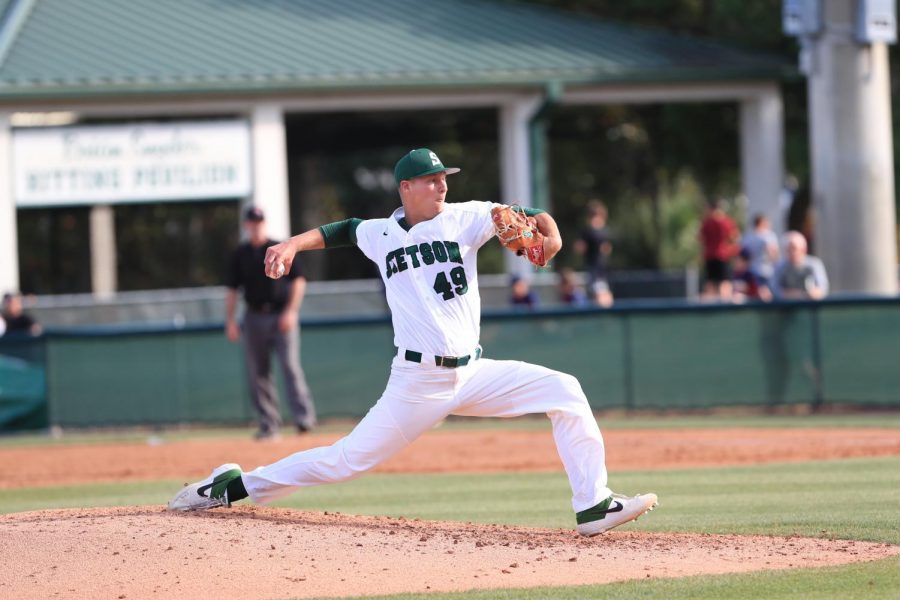 Robbie Peto (49) was selected as team captain for the Hatters baseball team for the spring 2020 campaign.

Robbie Peto, former ace for the Hatters during this past shortened spring baseball season, was signed this week to the major leagues.

The LA Dodgers signed the 21 year-old pitcher to a contract, as reported Tuesday. He received interest from several other teams, including the Toronto Blue Jays and the Miluakee Brewers, but ultimately decided that the Dodgers would be the best fit.

Peto, who went undrafted in the 2020 MLB draft earlier this month, was the team captain for the Hatters during the spring 2020 campaign. He had previously been drafted by the Tampa Bay Rays in the 2019 draft but later elected to return to play for Stetson for another year.

At Stetson, Peto started in 15 games during his redshirt sophomore year in 2019. Notably, he allowed two or fewer earned runs in 10 of his 15 starts that year. In 2020, although Peto was made team captain, he played in only 4 games due to the canceling of the season.