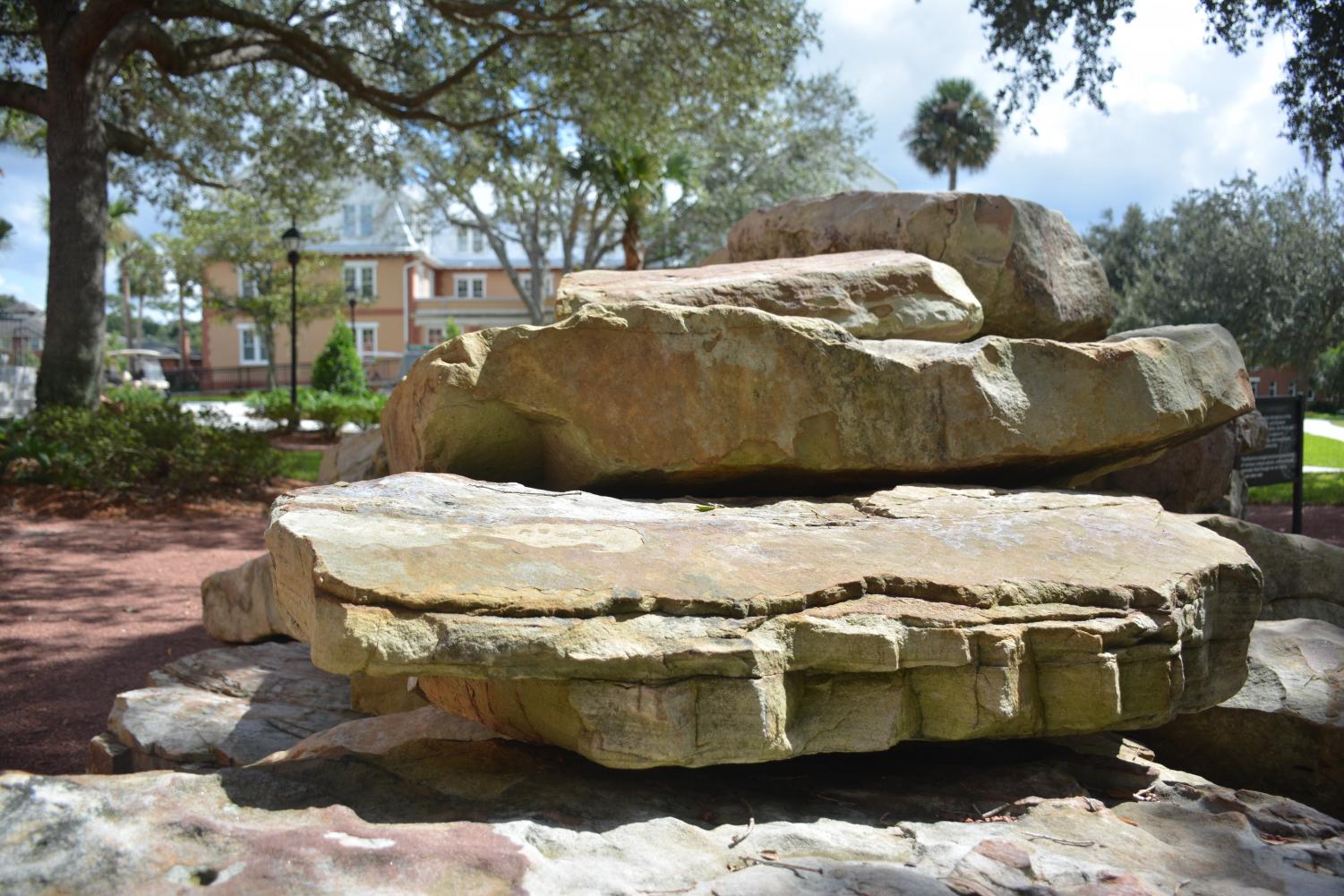 Who Gives a Rock, Anyway?

The Rock has been subject of controversy since it was put into place, but does it really matter to students?

If you’re a student, faculty, or a member of administration here at Stetson University, everyone seems to know about “The Rock.” This monument to Stetson’s “three cornerstone values” has been a subject of controversy for multiple years. Since being implemented as a part of the campus, we’ve heard constant stories about the ridiculous cost, the student protests, and the manufactured traditions associated with this boulder. But the real question we should be asking is this: who actually wants it?

Dedicated in 2014, the Rock is a monument gifted to the school by the class of 2014 and the Student Government Association.

“All iconic college campuses feature meaningful spaces that reflect the storied history and rich tradition of the university,” says Stetson Today, in their article announcing its dedication. Intended as an iconic space for tradition and studying, Stetson was met with immense backlash following the dedication. Jokes about the Rock soon populated social media, with a Facebook page for the Rock being created soon after. Students even protested the implementation of the Rock (on parents’ weekend no less).

Rumours about the replacement of the Rock circulate campus every once in a while, and the subject of its removal or replacement has been a topic a lot of people have become interested in. One of these people is Kimberly Reiter, PhD, who, in her Stonehenge class, has created a project challenging students to replace the Rock.

“In prehistory, place had meaning.” said Reiter, “Because The Rocks seemed to follow no pattern at all, and indeed the grounds manager was pretty much told to put them next to CUB in a nice orderly way, I challenged the students of the class to measure and count the rocks and rearrange them in a pattern that had meaning.”

In doing this, Dr. Reiter gave students the opportunity to use their own ideas for a monument. Students were given a voice in what they wanted to see – something that was seemingly not taken into account when designing and constructing the Rock.

“Over the two years I taught the course, suggestions included: A triad of arms, spiraling towards the central nice rose garden we used to have outside the CUB, a circle, with the entrance oriented towards the office of the President, as the power source, [and] a large circle around the Fountain,” Dr. Reiter said.

These suggestions, while not being physically executed by the students or the school, were still somewhat of a glimpse into what students wish for something to be iconic or traditional to the school. However, Dr. Reiter also provided insight into something just as important: its relevance.

“The students think the rocks are dumb, but they generally ignore the thing,” said Reiter.

This, I believe, is the real problem with the Rock. Finances and the general ire surrounding the Rock aside, nobody really cares about it. I, for one, have not seen the Rock used as a study space, as a place of tradition, or anything that would suggest its importance. The Palm Court fountain has more traditions surrounding it and is generally more relevant on campus than this monument specifically designed for this purpose.

For something that is supposed to be iconic to Stetson, it doesn’t seem to be causing much of an impact.

“With 50k spent on the rocks, it provides more worth in the conversations generated than in the traditions created.” said Austin Carroll Smith (’21).

We would like to provide a forum for discussion on this topic. Share your opinion and create a discussion.