Blonde Does It Better

A Review of Frank Ocean’s Masterpiece 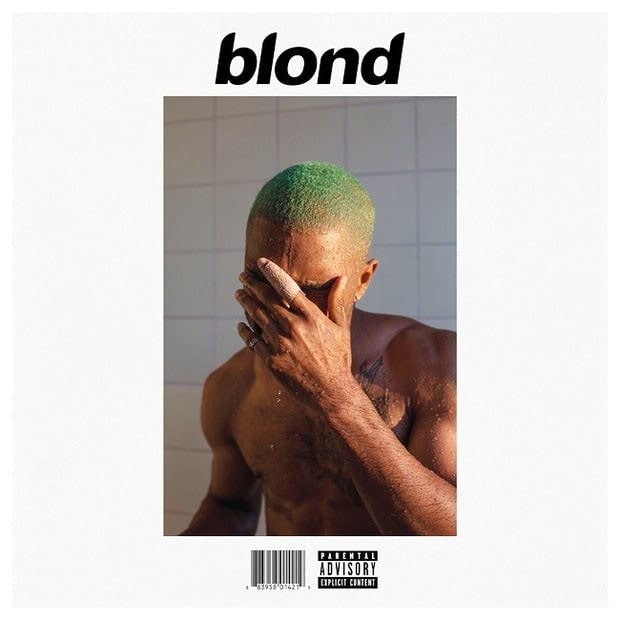 It took one review of Frank Ocean’s album Blonde published in The Reporter to frustrate me enough into becoming the music writer for this publication. I was studying for my finals sophomore year and I stumbled upon an article titled “Frank Ocean’s Blonde is Very Vanilla.” It sent me over the edge. I never really take musical criticism of other artists to heart, but Frank Ocean is the millennial music messiah, so this particular sentiment unrooted me. Any critique of his work seems like a direct attack on my brand. So, I read this review and decided that I needed my voice to be involved in student media at Stetson. If anyone was going to talk about Frank Ocean, I thought it should be me. This is my final review for the Reporter. I figured this should be my shot at a review of Blonde.

I waited so long for Blonde that it physically broke my spirit as an adolescent. Frank Ocean’s first LP, Channel Orange, came out in 2012 and it changed my entire landscape. It quickly filled up my entire hour and a half long bus ride. The tunes of “Pyramids” and “Crack Rock” entrapped me. I craved more music, since Ocean only had a handful of tracks out at the time, which was the origin of my internet usage in regards to music. I would spend valuable time at school going on forum websites Reddit and KanyeToThe, looking for the slightest inkling of when Frank Ocean’s new music would be arriving. I hung onto any rumor or leak for dear life, swinging over an abyss of the unknown. This borderline obsession did not mesh well with Ocean’s dismissal of the constructs of fame. He often went ghost for months on end, not being on any major social media, except for an occasional Tumblr post here or there. It would be four years before I would get another Frank Ocean record. To give you a better measurement, I was a sophomore in high school when Channel Orange came out, and I had to wait ’till my sophomore year of college for Frank Ocean’s Blonde.

The hype for Blonde was indescribable and the expectations that coupled were borderline unattainable. When albums have such a historic existence, such as Dr. Dre’s never released Detox or, recently, Kanye West’s Yandhi, they build this larger than life expectancy that can never truly be met. This was the main force Ocean was working against, astronomical presumptions. This might have been the catalyst behind Ocean’s musical hiatus, to make these projections subside and let the music truly speak for itself. This mode of presentation has led to the god-tier position that Ocean holds in our musical landscape. Criticism and the normal constructs of fame slip off Ocean’s skin like rain. In a time where artists are micromanaged and under constant ridicule on a very public stage, Ocean has been able to sift through our world untouched by the hands of judgement.

Blonde arrived on a pedestal founded on Oceans’ insecurities, which is the one of the moving parts of the record that makes it so empathetic. The depths that Ocean delves into his own psyche on tracks like “Ivy” and “White Ferrari” make the record play insufferably close to the chest, it playing out like an intense therapy session. The aspect of Blonde that truly makes it the best album of the decade is it’s ingenuity, not solely through writing, but production as well. Ocean blended the styles of his previous influencers, such as the Beatles and The Beach Boys, and coupled them with the modern gatekeepers of sound, such as Radiohead and Beyoncé, who both are featured on the record unlisted. Blonde has this quality that is so reflexive, as if the record is as much about self expression as it is about self exploration. The lyric that makes me enter the realms of dread and awe arrives on “White Ferrari.” “I’m sure we’re taller in another dimension/You say we’re smaller and not worth the mention.” That singular sentiment of self identity and importance has prompted many late night thought sessions, as well as moments of existential apprehension for me.

Blonde is an insight into an entrapped mind, created by someone who purposefully steps out of the limelight, though it frequently follows him like a stray dog. Ocean stocked his record full of surprise features, but due to his affliction for public affirmation, you have to delve deep into the credits to get a taste of his production team. This list includes: Beyoncé, Johnny Greenwood of Radiohead, James Blake, André 3000, Rostam of Vampire Weekend, Yung Lean, Alex G, Pharrell, Tyler The Creator, and Jon Brion. The anonymity of this roster only adds to the legend of Ocean. He is not chasing infamy, rather he is running full speed away from it. I truly believe if Ocean could put a mask on permanently and shield his exterior from the world and only offer his sentiments on record that he would do so. He is the anti-hero of the music landscape that we need in the spirit of Prince or Bowie. In a time where artists are frequently creating controversy and press to dredge up their fame, Ocean dips and dives from the cameras and headlines. His biggest controversies were when Don Henley of the Eagles called him a talentless prick and when he fought Chris Brown in the parking lot of his studio. He never wanted to be the movie, just to write the music that accompanied it.

Ocean curated the sound of the lost and forgotten on Blonde. Listening to tracks like “Self Control” and “Seigfried” defined feelings in my own mind that I didn’t know how to put into words. It made me think of long nights and the first time I told a girl I liked her and when I learned to swim. Those defining moments have become Ocean’s backdrop. I look to his music in times of distress, angst, romance, and all the sentiments that come along with adolescence. He will be the first artist I show my child, starting with Channel Orange of course, and probably will still be the music I listen to driving work when I finally grow up. Frank Ocean is a diamond, who’s outward expression is untouchable and indescribable. His artistry, including his album Blonde, couldn’t be farther from very vanilla.