Can it get any sadder? Yes, it can.

A Little Life, by Hanya Yanagihara, in review. 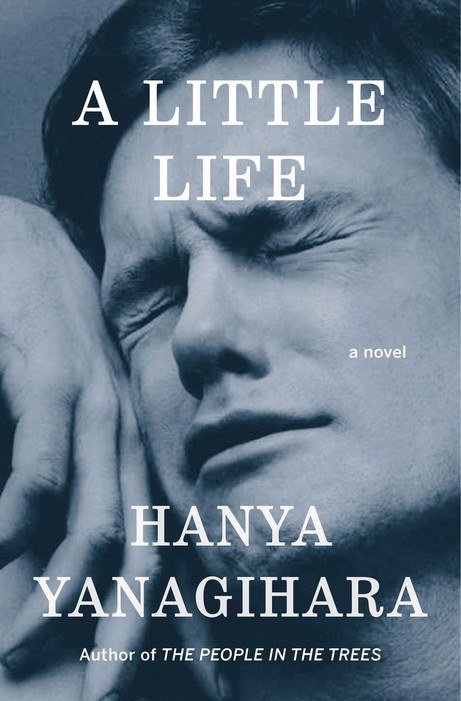 Cover of A Little Life, by Hanya Yanagihara

Lots of Spoilers Below

As someone who has never been in a real relationship, I don’t know how much confidence you can have in me when I tell you that A Little Life and Hanya Yanagihara’s words broke my heart into shards and made me cry for hours on end afterward, but it most certainly did.

The book was a recommendation from my mother’s best friend, who said the novel took her mind off of chemotherapy, but warned me that it was “very, very sad.” This made me think of what John Green said in “Looking for Alaska”, which is that “teenagers think they’re invincible”, and I’ve always thought that in some sense that I was invincible, to a degree of emotionlessness, that is.

So, for me, as I am a self-proclaimed cynic and, similar to a straight white man, pride myself on the fact that I really never cry, I thought to myself, “how can some paper bound together with string make me sadder than I already have been?” However, there’s a reason why Green said that we think we’re invincible, and not that we know we are, because this book took my Antarctica-temperature-d heart and melted it, the results coming down my face in the form of tears.

In a sort of “Sex and the City”-esque way, A Little Life follows four friends trying to make it in New York City after their college graduations. Within the first fifty to hundred pages of the book, a reader is given basic setup details: we are introduced to the four protagonists, Jude, Willem, Malcolm, and JB; we learn they have been friends since their freshman year of college, having lived together as suitemates at a prestigious New England university; and we see them begin to navigate their love lives, find NYC apartments that aren’t complete crapholes, switch jobs, and continue this cyclical string of events, leaving a reader to wonder why in God’s name this damn book is 814 pages long.

But, unlike the plotlines of Miranda, Carrie, Samantha, and Charlotte of “Sex and the City” whose lives heat up with their sexual endeavors (though there is plenty of sex in this book, don’t get me wrong), the book really begins to take off when Willem, a struggling actor, finds out that Jude, his roommate after graduate school and an aspiring lawyer, is cutting himself, and has been for some time now.

Up until this point, we know very little about Jude other than the fact that, of the three remaining protagonists, he is closest to Willem, and that sometimes his legs cause him unnecessary pain. However, once Willem discovers that Jude often sneaks into the bathroom at night with razors, confirming his suspicion that the reason Jude wears long sleeves is due to scars, gaps of the story start filling in.

This point of the book is pivotal in making a reader realize two things: one, although there are four main characters in A Little Life, Jude is the most interesting, and two, he has secrets, and, we can assume, a lot of them. After I reached this threshold, I was fully engrossed in the novel. I went from reading it occasionally to waking up early every morning and picking up where I left off the night before, desperately wanting to learn what happened to Jude, why his legs were always hurting, why he was cutting himself, why he wouldn’t talk to his friends about what happened in his past.

And then one night, I got there. Bits and pieces of Jude’s past are brought to light prior to what we could call The Grand Reveal, which takes place probably about halfway through the book when we learn his full story. Once I got there, I couldn’t look away.

After being abandoned at birth by his parents, Jude was brought to a monastery by brothers who found him inside of a trash can. There, he was constantly harmed by many of the brothers, and the only one who didn’t touch him was Brother Luke, who promised Jude one day they’d leave together. Once they did, as a 12-year-old, Jude was ordered to perform sexual intercourse with countless men during the day because Luke needed money, and replicate the act at night with Luke himself, whom he told he loved.

From here, if possible, the book becomes increasingly more and more depressing, as if Yanagihara has confidence that we can handle it. There are some good parts, including an entire section of the book titled “The Happy Years”, where Willem realizes that after years of friendship, he is attracted to Jude, and wants to begin a relationship with him, proving that there is a thin line between romance and best friendship.

Yet even despite the optimism in the section’s title, Yanagihara does not give the reader a break from trauma, as at the end of “The Happy Years,” both Willem and Malcolm die in a car crash. Jude is left rudderless for the rest of the novel, not knowing what to live for, and, by the end of the book, commits suicide.

If you think that sounds like something the average person would not want to read, I wouldn’t blame you. After closing the book, getting all my tears out, and reading what Yanagihara had originally intended, I learned that, for the character of Jude, she took inspiration from from an ombre cloth, a piece of fabric with a light color at the top that gets progressively darker and darker as it reaches the bottom. In essence, she wanted to create a character who she knew would never get better.

And she succeeded in her mission. The writer Roxane Gay said it best when she reviewed the book on Goodreads, claiming it to be “hatefully sad at times,” and that, too,

That being said, A Little Life is not for the weak of heart, nor for one who will shy away from reading over 800 pages. Despite the late nights and emotional anguish this book has caused me, I will say this: I think I have an answer now when I’m asked what my favorite book is.