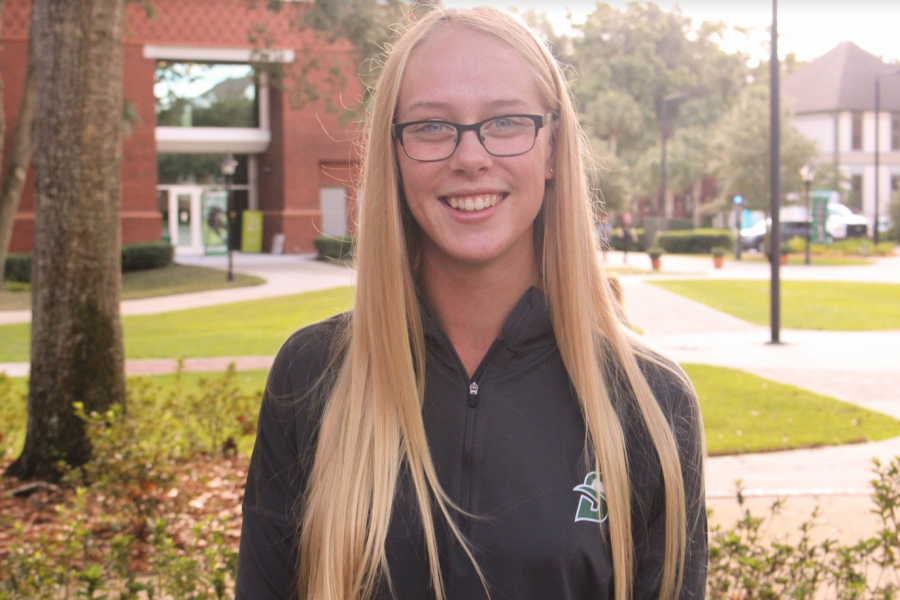 Tell me something about you that most people don’t know:

“I’m Canadian, I’m from Nova Scotia, Canada. It’s a lot different from here. It’s nice waking up every morning seeing palm trees and knowing I can wear shorts in November. Growing up in Canada we generally have a solid four months that we don’t have to wear snowsuits every single day, usually June, July, August, and September have pretty nice weather. Having guaranteed White Christmases is usually pretty fun, too. When I meet people here and they say they’ve never seen snow before, I laugh, just because it’s something I’m so used to and I can’t imagine living my life not seeing snow. I can’t wait to go back for Christmas break and see the snow again.”
“I play on the golf team here. I like that a lot, it’s been a lot of fun so far. I am a transfer student, I came from a school in Connecticut. I’m a molecular biology major with a minor in chemistry. I’m liking that a lot, the science program here is really good, I think there’s a lot of potential for me to grow in my major and learn new things.” 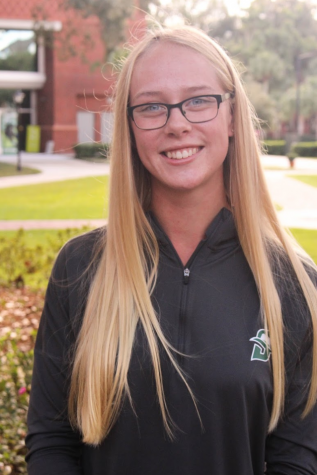 “I live on a farm in Canada. My family owns the farm so I live about two minutes down the road from it, but we have horses, cows, pigs, donkeys, chickens, lots of dogs, and we also have an apple farm there, where you can come and pick our apples and we also donate a lot of the apples to juice companies that are around my farm, which is really cool. When we’re in the season, we pick up all the apples and we donate them to apple juice plants so we can have local apple juices. It’s really fun because being a part of a small town and having such a big farm that everyone is so happy to go to, to the pick apples and go on the tractor hay rides, and we have the corn maze there which is really cool.”

“Growing up I think it really helped me because I always helped out on the farm when it was season, and that was September and October, and I greeted all the cars that came to the farm and I directed them how to get to the apple orchard, or where to go if they wanted to go to the petting zoo and I think that really helped me as a person, and was able to talk to people and answer questions and I think that was definitely really fun, and knowing that my cousin was just a two second walk away and my uncle was able to drive around the tractor that the whole family was doing their part and making sure the farm would function over the seasons.”