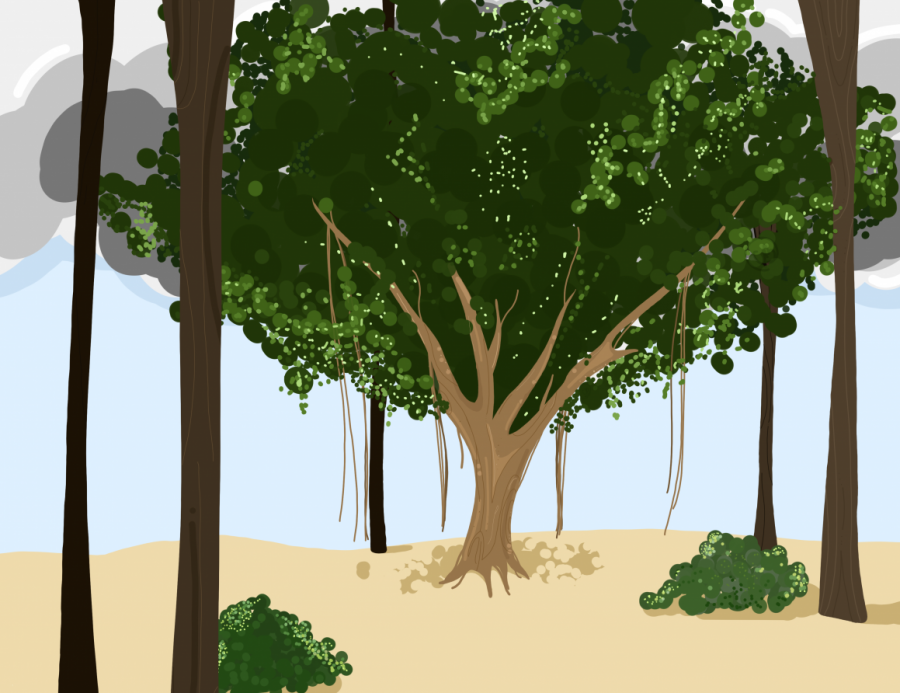 Why Isn’t Renewable Old Yet?

We've been "right on the cusp" of a renewable-dominated energy regime for years, so what is taking so long?

Thirteen years ago, President Doug Lee added Stetson University to the charter signatory list of The American College and University Presidents Climate Commitment (ACUPCC), vowing to achieve carbon neutrality by 2050. An admirable, albeit lofty, goal must have appeared achievable then. Afterall, what do you imagine we couldn’t do by 2063? However, as years trickle by, carbon neutrality is appearing less and less feasible. Trying to incentivize putting a lid on emissions appears to have been much easier said than done, and certainly more complex than we originally thought.

It is wise to remember that the concept of carbon neutrality on a large-scale is a concept still in its infancy. In fact, the original earth-day attendees 50 years ago hadn’t even considered carbon dioxide a pollutant worth considering.

The picture is much different now. We have become aware of CO2’s huge contribution to the greenhouse gas profile, which is turning up the thermostat on our planet. In our lifetime, discussions on the validity of global warming and climate change have quickly transformed from a discussion with merit to an absolute given, refuted by only the ignorant – a small coalition of boomers – and the facades of politicians with a few too many friends in the fossil fuel industry.

That’s not to say that those who do not embrace renewable energies are cold-hearted, fact-fighting cronies, but rather that there are other substantial barriers to softening our carbon footprint which inevitably involve decision makers pointing their fingers to the ones on the rung above them.

As any environmentalist will tell you, pitching sustainable practices to a room of people, reusable cup in-hand, who lay awake thinking about the plowing of wetlands and Pine tree hammocks to make way for more cookie-cutter family homes is easy. The same pitch in the corporate boardroom doesn’t fare as well. Why? Cash.

The predicament of any well-intentioned environmentalist is translating an ethic of conservation and sustainable business practices into a series of cost-saving tricks; life-hacks that save money and reduce emissions.

However, I don’t think we should be too hard on the non-environmentalists. One shouldn’t need to operate at a loss or empty out the pocketbook for the sake of adopting renewable energy. It shouldn’t mean sacrificing necessary amenities like faculty salaries and student life improvers like living in a reasonably comfortable, safe, and inclusive environment.

But the financial makeup of renewable energy use depends on who you call your governor. States from the Pacific to the Midwest to the Atlantic have found cost-effective ways to increase the proportion of energy production via renewables. Idaho for instance, while thinly populated, supplies over a quarter of its energy by wind and hydroelectric power, and ranks 5th in most affordable average electricity costs according to US News.

One might think that the road to a solar-power bolstered grid for the Sunshine State should be simple. Instead, solar power makes up a paltry 0.06% of energy consumption in Florida according to Florida Power and Light.

Compare that to cloudy, grey Germany who, according to CNBC, supplied 29% of their gross energy consumption from renewables and 6.5% of that was solar in fiscal year 2018. We know that Germany doesn’t have a geographic advantage, but what about technological? Does Germany have some advantage in efficient solar panel or photovoltaic infrastructure production?

Nein. It’s simply cheaper to adopt because the decision makers at the highest level genuinely want to rely on the price-stable, non-cartel-controlled business of renewable energies as opposed to fossil fuels.

Take our northern neighbor Canada who, while equivalent to 11% of our population and only 12% of our GDP, generates much more of its energy needs from renewables than the United States, 73% of its total and climbing. The US lags behind at just under 15% of energy consumed deriving from renewable sources, as per WorldAtlas.com.

The rhetoric of many in Washington over recent years has proclaimed that low-cost energy is vital for national security and the quality of life for those in the United States. Likewise, Congress allocates literally billions of dollars into fossil fuel industries ($29.4 billion in the 2015-2016 election cycle) for costly practices like extraction, processing, and exploration. Efforts to substantially reduce these concessions are a political non-starter; bills are shot dead before it even gets off the ground.

Let me remind you that Florida introduced a rebate program for adopting solar energy in 2006, but cut it after it became too popular. Clearly, the desire for alternative energy sources is there, and simple economics tells us that a larger supply of renewable infrastructure will drive down its cost even lower.

In fact, the cost has steadily been dropping for the past several decades. Large scale integration of renewable energy is possible; it has worked in Germany and Canada. Just imagine how much easier it would be for a college in Vancouver or Munich to purchase renewably-sourced energy, where it’s much more readily available due to green initiatives and investment from the federal government. Unfortunately, the cost of reducing carbon emissions is much more challenging for Floridians.

But we aren’t confined to fossil fuel dependency with solar and wind perpetually out of reach, only adopted by marginal and desolate landscapes. Powerful groups have simply chosen time and time again to pour tax dollars into making burning coal, oil, and gas cheaper. If we want our university to have a chance in achieving carbon neutrality by 2050, we need to demonstrate that the many environmental initiatives that Stetson has and continues to adopt are important to us. Equally important, we need to ensure that those we cast our ballots for aren’t pocketing thousands in lobbying money to maintain the grip that fossil fuel companies currently have on our utilities, so that we can give the Sunshine State a good name.