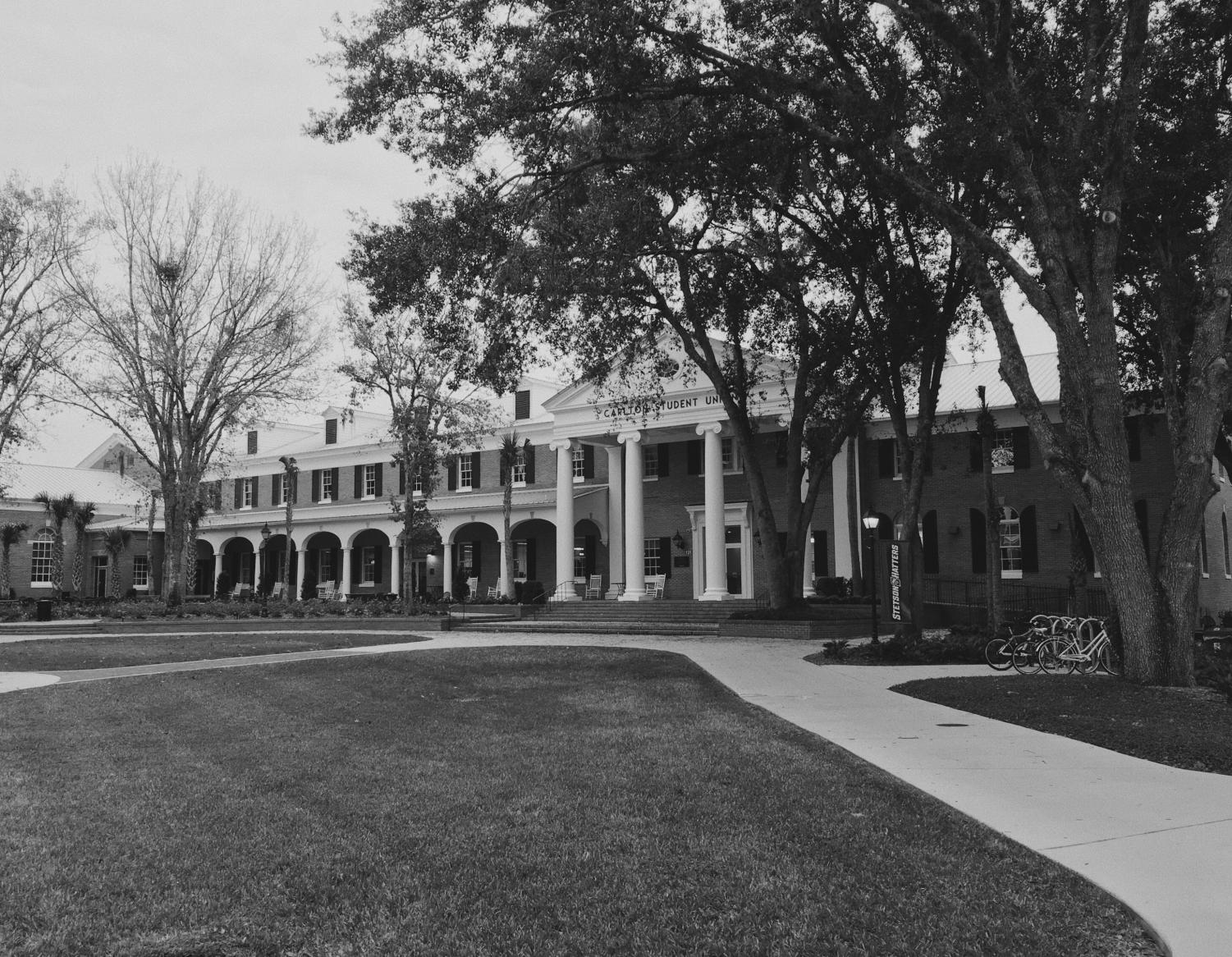 the problem with money, part I

Tuition went up last year, and this upcoming year it’s undergoing another, more significant, increase. Why? Is this even the right question to ask?

This piece was originally published in the December 2018 issue of The Reporter.

Last year, I began a simple investigation into what was then the recent increase in Stetson tuition, but after the historic donation by Hyatt and Cici Brown and my subsequent conversations with the associated administration and affected staff, my scope  has dramatically expanded. On March 27th, 2018, Stetson’s SGA invited Melissa Peters, Associate Vice President of Budget, and Bob Huth, Executive Vice President of Finance and CFO, to give a small presentation, accompanied by a Q&A session, on last year’s tuition increase and where that money is actually going. It led to a discussion about what is contained within the budget, how that is allocated, and what kind of institution we are. It also triggered a lot of questions that were revealing of some of the misinformation distributed among the student body. Because of this, I made a later trip to visit Melissa Peters myself in order to further understand a few things about Stetson’s finance and budgetary policies.

What first needs to be made clear is what exactly the endowment is. Prior to SGA’s  Tuition Breakdown, I still wasn’t sure I had a clear idea, and I’ve been studying Stetson’s finances at this point for almost four years. Melissa compared the endowment to a retirement fund—basically, it is intended to be invested, with the goal of producing income for future investment and expenditures. In other words, the endowment is a big lump of money made up of donations and assets, among other things, that are constantly invested and reinvested in order to turn a profit. Currently, Stetson’s principal endowment sits at around $228 million (as of 2017), all of which is accruing interest or in some way bringing in money through its investment. It is this money that is spent—that is to say, the base endowment is never touched. For example, if a donation were made to the endowment in the amount of $10 million, that would never be spent and would never be removed from the endowment in order to cover expenses elsewhere. What is spent instead is the money made on top of that $10 million: interest, profit, whatever it may be.

Comparatively speaking, our endowment is small. Harvard’s is around $37 billion, FSU’s is $652 million. However, because Stetson is not an endowment driven university, the limitations on what the endowment is able to make currently aren’t too strenuous.

What is interesting to consider, though, is that Stetson is reaching capacity. Stetson is a tuition dependent school. According to Stetson Admissions data, between 83% and 94% of Stetson’s yearly funding comes from tuition and auxiliary fees (room/board, meal plans, etc.) directly, so of our annual $130 million budget, close to $108 million comes straight from the students. However, after an aggressive campaign of growth executed over the past nine years, the student body has ballooned in size from 2162 in Fall 2009 to 3089 as of Fall 2016, and in terms of space, we are running pretty low.

Melissa Peters described this as a plateau, and as the next big challenge to face. Until the recent donation from the Brown family, it was assumed that after the CUB renovation concluded, more construction would not begin with any immediacy. There are no dorms in the plans for the near future, and Stetson has gone in nine years from having empty beds and unoccupied rooms to being in contact with local hotels in the event that the freshman class is larger than anticipated. Enrollment always drops in the Spring semester, but Stetson is considering that for now the campaign of growth must wind to a close, and the administration, in conjunction with faculty and staff, will have to make important decisions about how the pattern of expenses will transform as a result.

This really took off from the seed of curiosity about rising tuition, but this is because it isn’t just about tuition—why tuition won’t stop going up may not be the correct question to ask. None of Stetson’s finances stand alone, and the more I dug while compiling this, the more I seemed to uncover, and the more far-reaching everything seemed to be. If we try to have a conversation about tuition, we have to talk about the operating budget, then we have to consider that there are multiple budgets, and then we have to talk about retention, and the list goes on. So tuition did go up last year, around three percent. It will go up again next year—most likely around five to seven percent, though that information has not yet been released. The former increase is expected, as we account for inflation, the economy, and for spending policies, as well as for the fact that Stetson is a tuition driven school. The latter has yet to be announced to the student body and I wasn’t able to learn much about it except that it is an unusually large jump. This considered, though, between 95% and 99% percent of students receive aid, so the sticker price of Stetson is in most cases largely inaccurate—on average, a student here pays around $18,000 out of pocket. While this is still a lot, considering again that Stetson is tuition driven, it makes more sense that tuition continues to rise.

It’s annoying when tuition goes up, especially because taking out more loans is stressful and difficult, but one has to consider that they are going to an incredibly expensive university at what is most likely a considerably discounted rate. There are a lot of politics at play in the decisions surrounding Stetson’s finances, and tuition is no exception—and the parties involved will never quite agree, which spurs tension and argument campus-wide, at every level. No one is out to get anyone; it’s more a matter of wildly differing opinions among a large bunch of professionals that are, for the most part, trying their best to communicate, collaborate, and compromise.

Even so, I do find myself occasionally frustrated as my financial situation in no way prepared me to attend the so-called Harvard of the South, and with the knowledge that some athletes receive 110% tuition, my $27k/year Presidential Scholarship feels paltry in comparison—I will graduate owing the same amount several teams earned on top of tuition in their time here. There is an entirely different conversation there about the place of athletics on college campuses and the valuation of athletics versus academics in a university setting, but those are certainly for a different day.

This is the first of several pieces in an investigative series on Stetson finances.

One Response to “the problem with money, part I”